Observation: Connie Schultz on the magic and importance of grandparenting 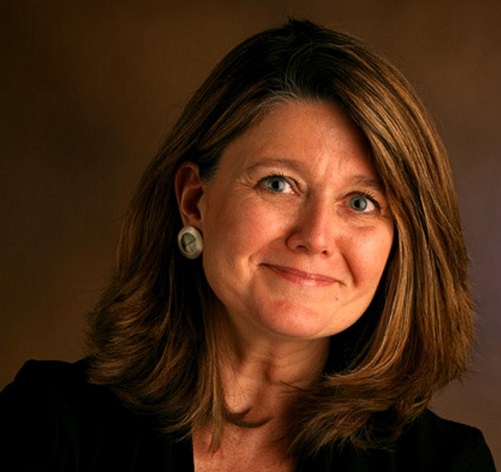 As if we needed reminding: We can't help ourselves when it comes to falling in love with our Grands. So here's Connie Schultz to express it for us and remind us why we are important to them and to their parents, whether or not they are genetically our direct descendants. (Schultz's beloved first grandchild --"The relationship between a child and a grandparent is the closest I've ever come to experiencing magic."-- is the son of her stepson. Well, let her tell it and why it's relevant to our role as grandparents:

My grandson and I are not what you might assume us to be. I did not meet his daddy until his daddy was 6, through marriage. I was raising his father full time by the time he was 8. Ten years after my divorce, he walked me down the aisle to marry the man who is the love of my life.

If you were ever misguided enough to tell me that our beginnings mean he is not my son, our conversation would be brief, and I dare say you would not enjoy it. He is my son, and he has given me this miracle of a grandson.

That is only the beginning of this crazy tale of this family of ours. My husband and I brought two children each into our marriage, and we now have five grandchildren, period. Challenge this at your peril.

Why am I telling you all of this, you might wonder.

Children should not bear the burden of unfinished grudges. This is especially true now, when the briefest snippet of overheard news via TV or radio can make a child believe the world has lost its collective mind.

I'm not saying grandparents are perfect or that we're even someone you'd choose for neighbors. But we are in this for your children. For so many of us, the moment we become grandparents, in whatever way that happens, something changes in us.

Your children become the center of our universe. Shouldn't they know that? Shouldn't all children, everywhere, get to feel that way at least once in their lives?

Money Matters: Gift-giving for the Grands and Step-Grands. Are all kids equal?

Are all things equal? We love our Grands: We may like some of them more than we like others but we love them all. Those of us who have step-grands love them too.  Even if we don't, we learn from the step-parents who are our adult children, that the step Grands will be treated equally--at the risk of a family breach.

Friends of ours, whose daughter has two tween step kids as well as toddler twins of her own, figured this out recently. They invited the daughter, her husband and the twins to celebrate their 40th anniversary with them at a resort in the Caribbean. They did not initially invite the step kids since the Steps spent most of their time living at their mother's house. Our friends knew those kids only fleetingly. But it was spring break and their daughter "asked" her parents, who were picking up the tab for the trip, to include the two step kids as well. This was not something their daughter could afford to pay for. Our friends agreed to do it, but out of earshot of their daughter, they groused at the additional expense (two more air fares and a larger townhouse) and at the intrusion of two kids they didn't know well  into the family mix. (Their son and his family were also coming, also on the grandparent tab.) But their daughter made it clear that the step kids were her kids, even if they only lived under her roof on alternative weekends, and that her parents should not think otherwise.

I'm reminded of that extravaganza (it turned out to be a lovely vacation and a delightful 40th anniversary celebration) by advice in a recent Carolyn Hax column.

The writer, who says she loves her son's young teen children as well as the new wife and her two tween kids, wants guidance on birthday gift giving. Her query, "If I give everyone the same amount or same gift, I feel the “grans” will feel slighted because I am THEIR grandmother. If I give the “step-grans” a lesser gift, I feel they will feel slighted. Any suggestions would be helpful.

Carolyn Hax's answer reflects the ultimate decision our friends, despite the grousing, came to: "Kids are kids and grandparents are grandparents. Love is love. Equal gifts for all."