Memory Lane: Reliving the past with an adult son in tow 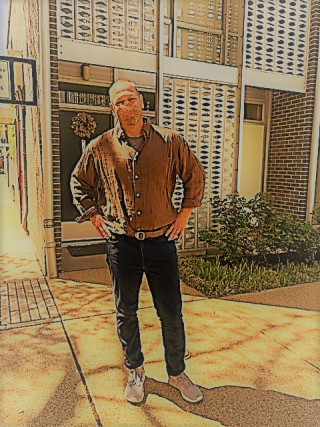 He learned to ride his tyke bike here and to zip down the slide at the playground. Our son spent his first five years in this townhouse in River Park in the Southwest quadrant of Washington D.C. When he was five, our family moved to a suburb on the other side of the city. None of us had been back to River Park since.

Southwest now has a newly developed waterfront area. In "our" day the waterfront was nothing but broken sidewalks, weeds and an old railing that kept the occasional visitor from toppling into the Potomac River. Today, hotels, restaurants, boat docks and a wide boardwalk lap the river. When my son and his family came to visit recently, we went to see what was going on in the old neighborhood and topped off our day with a walk over to River Park.

The trees have grown taller and fuller in the 40-odd years since our family of four lived there but the minute we set foot into the heart of the complex everything was familiar. We pointed out the houses where we remembered old friends living--the Nellums over there, our best friends George and Marcy over here.  And then we came to the front of our house--a three-story, barrel-roofed marvel at the corner of a row of half a dozen attached houses.

So many memories piled in. Our son showed his daughters where he had zoomed up and down the concrete plaza in front of our house on his tyke bike. He and I remembered the sunken concrete plaza--now turned into a grassy lawn--where we would hang out with friends. We found the houses where his sister's best friends--Nona and Lorraine--had lived. I remembered the babysitting pool where we parents paid each other in chits for watching each other's kids while we went to a movie or out to dinner. He remembered how, after Hurricane Agnes stormed in, he and his dad had walked down to the river and he had been overwhelmed by the power of the high, surging waters. We also stood on the spot where his dad had been held up at gunpoint--not the pleasantest of memories.

A woman walked by with a dog on a leash. "Is this your house?" we asked, since we were loitering in front of it. It wasn't. She said she had moved into the River Park apartment house a few months ago. What she liked so much about the place were the car-free open spaces and how filled with children River Park was.

That's what we remembered. It was also heartening to see that our old home and the community it was part of had weathered well. My son seemed buoyed at the chance to show his daughters where he had lived as a little boy and tell them stories about those times.  I was wallowing in memory after memory as one after another anecdote or person popped up from some recess of my over-stimulated brain. I could almost see once again what a speed demon my son had been when, as a 3-year-old he discovered the wheeled glory of a tyke bike--nothing but a plank of wood on wheels with a handle bar to keep it going straight.

As we left River Park and walked back to the waterfront, my son used an app on his phone to rent a motorized scooter for one of his daughters, who then sped off on the new sidewalks of Southwest. A technological update on her dad and yet a page from the same book.