Rightsizing: How I cleared my closets and dumped all the stuff my kids didn't want. 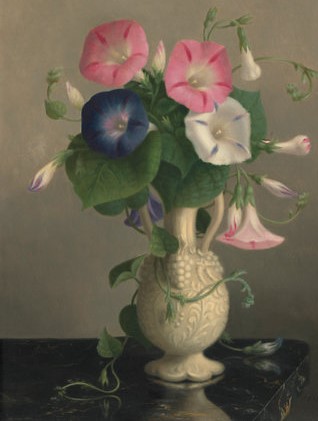 “You are my inspiration,” my friend Eva tells me. She’s not referring to anything creative or ingenious I’ve done. The reference is to the method that helped me downsize/right-size from a sprawling 4-bedroom suburban home (where Paterfamilias and I brought up two children) to a tight, two bedroom urban apartment that’s short on storage space. It's a method that would work for anyone who wants to lighten the storage load in their house, whether or not they are moving out or just tackling the untackleable during the corona quarantine.

My inspirational mantra--You won't need to know Sanskrit to follow it--is this: A bag a day.

Prosaic, perhaps. It's not the full Marie Kondo, but it worked. Every day I would fill a bag (the gold standard: a large black garbage bag) with stuff to either give to our children, gift to charity or toss in the garbage. No matter how tired I was after work, I would head for a closet or a file cabinet or a dark recess of the basement and fill a bag—sometimes it was only the bronze standard of a brown paper lunch bag. Consistency was the point: a bag a day.

Sometimes it was easy. I came across file drawers full of old photographs—from the days when camera shops processed your film and gave you doubles of all your photos.  All duplicates in my file drawer were dumped in a bag, along with both sets of photos of the backs of the heads of my children, or a fuzzy focus, or of people I no longer knew or cared about. Ditto for the negatives. Thumbing through envelope upon envelope of old photos was an emotional trip down memory lane but the save/no-save decisions were mindless.

More mindful was the china, glassware, porcelain figurines, silver-plated candelabras  and other objects we inherited from both sets of parents. When our mothers were young women growing their families and enlarging their households, they both collected the same sorts of things. Though one set of parents was more affluent than the other, both mothers had accumulated sets of silverware—8 places setting for one, 18 for the other. The candelabra was smaller for one than the other, which was not only large but had many Rococo branches. (Whenever there was a storm and our house lost its electricity, the candelabaras and their three candles apiece lit our way through the dark evening.) Both mothers had collected sets of hand-painted tea cups that had been displayed on bookcases and side tables in their homes. Both had porcelain figurines—peasant figures playing the flute or herding one of Bo Peep's lost sheep—that graced their bookshelves or sat on coffee tables and end tables.

I’d had these objects in storage in my basement since we inherited them. Would my children want them? I took out my iPhone, snapped a shot of my mother’s gold-rimmed dinnerware and texted it to my daughter-in-law. “Would you like this?” I asked this mother of three of my Grands. Within a minute her ping came back at me: “I haven’t used my wedding dishes yet.”

For sentimental reasons, my daughter took a few of the hand-painted tea cups but the porcelain figurines and candelabras met universal resistance. I closed my eyes, held my nose (figuratively speaking) and put it all in bags for charities that, presumably, will sell them to pay some of their bills. My one flirtation with "monetizing" these treasures came when I opened a box filled with fur jackets and stoles my mother had amassed. (My father was a furrier.) I went up on eBay to see what the market was for them. The answer: Not worth my time or effort to sell. They got packed up with the porcelains.

It was guilt-inducing but easier to part with the inherited items. What of the things I had collected or amassed? I had written regularly for the Washingtonian Magazine for a dozen years back in the 70s and 80s. I had every issue of the magazine from that time in my basement. I asked myself, Would my grandchildren read these? Would they even look at them? We all know the answer. I tore out a few articles that represented the variety of stories I had written, promised myself I would digitize them for posterity and recycled the rest of it.  Ditto with other clips from my pre-Internet, freelance years: save a few; dump the rest.

Paterfamilias's boxes of law briefs from big cases he had worked on met the same fate. He had to do a lot of shredding, but he made his way through it slowly and methodically.

We started our purge a few months before we put our house on the market so there was no need to rush. Just a bag a day. That held for serving platters, pots, pans, small appliances. I had to harden my heart, but I was amazed at what I could part with once I set my mind to it. Add it felt good to know I was fulfilling part of my legacy to my grown children: clean closets. That is, when the time came and I was no longer around to do it, they wouldn't have a mess of stuff to clear out.

We moved into our apartment nearly four years ago. I have yet to miss a pot or platter or candlestick holder.  Come Spring, what I miss is my garden. But I saved a few pots for that. 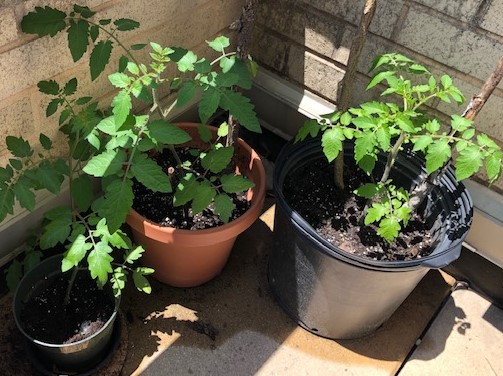 Posted at 10:15 AM in decluttering, downsizing, rightsizing | Permalink | Comments (2)