Grown Children: Are we parenting them or are they taking care of us? 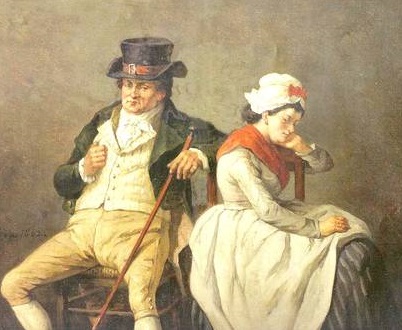 Two years ago, a friend's son advised his parents to stop skiing. As a doctor, he'd seen too many broken hips among his older patients; he didn't want his mom and dad to be among them.  This year he wanted then to stop bicycling.

A number of our friends say their kids want them to buy new cars with lane-change warnings and other driving aids. Or they don't want their parents to take  adventure vacations in less-trod parts of the world.

When we were living in our three-story house on a hill in suburbia, our son had a chat with us.  "You guys ought to sell the house," he said, listing lots of positive reasons why we should dump the house where we raised him and his sister. Then in tones that hinted at the deeper core of his message he said, "Then there's the driveway." It's a long one, steep and curving. It's hard to shovel when it snows and treacherous when black ice pools on its lower rungs. He didn't want us to deal with its dangers anymore.

Our kids are not just coming up with reasonable suggestions, they are starting to "worry" about us--just as we worried about them when they were toddlers or fifth graders. Is there a tipping point when our kids become our advisers instead of us being theirs? We clearly do not yet need them to manage our finances or make decisions about our welfare--we're not old or fragile--but we sense the first tilt in the balance of care.

The shift is a subtle part of a continuum. We've gone from being parents who controlled their lives ("No, you may not put your finger in the electric socket.") to ones relegated to advisory. ("Have you checked with another insurance agent?) That's the role we play as they marry and have  children of their own: Advisory parents but ready to leap to action if we sense danger, disaster or some other set back. That's what parenting grown children is all about: We sit in the back seat until there's a need or request to grab the wheel.

Now comes this tipping point. They mature, become heads of households, have careers and live multifaceted lives. We are aging as gracefully as we can, staying active but retiring from full-time jobs and unwinding careers. We can't quite keep up on the annual hike to the waterfall; we need a hand to get over some of the rocks. It seems in the nature of things that there would be a subtle switch in who the advisory adult is and who may have to take control if we face unexpected danger, disaster or a minor setback in our health or emotional well being. Should we be so surprised that they worry about us almost as much as we used to worry about them?

Even as we gamely send them selfies of ourselves forging ahead on the bike trail, our kids see us as growing frail. When Paterfamilias told his son a supposedly amusing story of how a pothole almost threw him off his bike, our son's face became a study in shock. We had to admit the story wasn't so funny as much as it was a recognition that we weren't the athletic and well balanced bikers we used to be. But we weren't--and aren't--ready to give up our bike rides. Our children (neither are doctors) aren't suggesting that, either--just that we buy hybrid style bikes that are easier to balance than our thin-wheeled road bikes.

We consider ourselves lucky that our children care enough to take notice. But it's a little like being offered a seat on a crowded bus: A relief to sit down but a shock at being seen as eligible for the offer.