Our Children's Love Lives: What to do when we object to their choice for a mate. 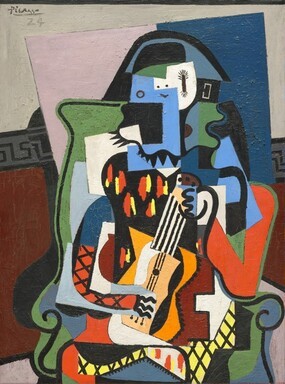 We're not always happy with our child's choice of their future spouse or significant other. Our reservations about them may not be centered on the old standby, "No one is good enough."  We may have valid concerns about the future mate's values, behavior or distressing cultural differences. Unless there are signs of physical or emotional abuse, we're usually stuck with swallowing hard and trusting our child knows what they're doing.

Sometimes other family members chime in--not necessarily to support our point of view but to let us know we should stand back and not be too judgmental. And that makes us feel, well, as a reader wrote to Ask Amy, blackmailed.

The reader/mother's objections: Her daughter's fiance is a heavy pot user (so is the daughter), a felon for selling narcotics, an unemployed college dropout who has psychiatric and physical health problems. In the mother's telling, the daughter is beautiful and has lived a privileged, upper-middle-class life. The parents are paying their daughter's living expenses and tuition as she attends graduate school. The other children--the daughter's siblings--have told the mom to support their sister's choice of a partner; moreover, if she doesn't she (the mom) could lose contact with all of them. The dad is retiring soon and feels they should support the relationship but let the daughter know she's on her own financially.

"If I cut off my daughter financially, she’ll hate me," the mom writes. "If I don't support her relationship with her boyfriend, they'll all hate me."

Amy's advice finds a middle way by leaning on a distinction between “support” and “accept.” That is, the mom should accept her daughter's choice in a partner "because she is an adult and she has the right to make terrible choices."

What does accept mean? Amy expands on that notion:

Invite them over for dinner, include them in family events, and yes — you may be forced to face and tolerate your disappointment in your pot-using daughter and her choice in partner, but until she is forced to face her own choices and disappointments, she will never be inspired to perhaps choose differently.

The support part is also a compromise. If the parents don't want to continue to pay rent and other living expenses for their daughter and her fiance, they could limit financial support to the cost of the daughter's education. Here's Amy with an additional twist:

If she continues with her graduate program and you can afford it, you might choose to pay only her school bills (directly to the school).

We love our children. We want the best for them and count ourselves fortunate when we can afford to help them achieve their goals. But sometimes, we have to pull back. The trick is to do so without permanently damaging our relationship and by making sure our children always feel the love of family. We also need to cover ourselves in case we failed to see the positive side of their choice.

Leaving a Legacy: What about those digital assets? 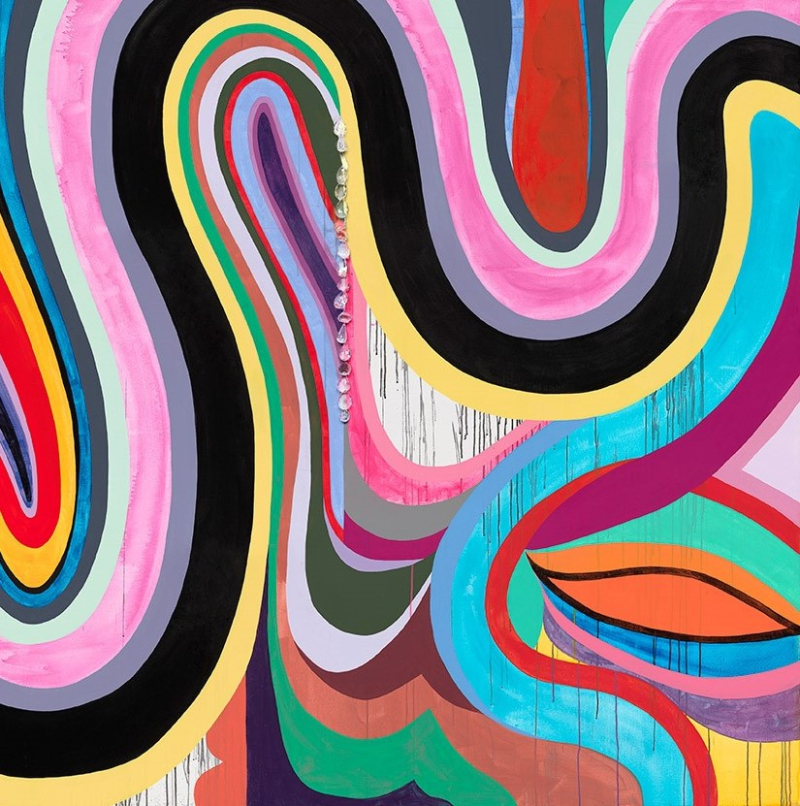 We don't like to think about what life will be like when we're no longer here and whether our grown children will act like adults when divvying up our worldly goods. We may assume we've taken care of that by having an estate plan that sets down rules and guidelines for sharing our legacy. But in this new modern age, there's a piece of that plan that we may have overlooked: our digital assets. That is,  our photos and videos; messages and emails; music and e-books; movies and games; and any cryptocurrencies we may have invested in.  Some have sentimental value; others, monetary. Some we're willing to have our children, family or friends rifle through; others, not so much.

Access to our digital assets is more complicated than leaving a list of user names and passwords.  There may be those annoying but necessary "two-step" verification and security measures, some of which may require an answer to an obscure question--name of first movie? favorite song?--that our kids (or the person we've appointed to handle our estate) may not be able to answer.

A lawyer I talked to noted that the legal framework surrounding fiduciary access to digital assets is still in the early stage of development.  There's a fine line between protecting our privacy (do we want our kids reading all our old emails?) and managing our assets.

As things stand now, we can include in our will special instructions for our digital assets. Here are some suggestions of areas to cover (Excuse the legal jabber and jargon; I tried to modify where possible):

Give your personal representative, trustee or agent a power of attorney to access the content and manage the digital assets.

Give the fiduciary instructions to preserve, transfer or destroy information.

How you keep that password list up-to-date (how many times and for which sites have you had to click on "forgot password"?) and how you retrace the answers to the "security" questions--well, that's a challenge for another day. Have you or someone you know figured that out? I'd love to have your comments.

Artwork: Self Portrait by Sarah Cain

The 11th Commandment: Thou shalt not comment on thy children's appearance. 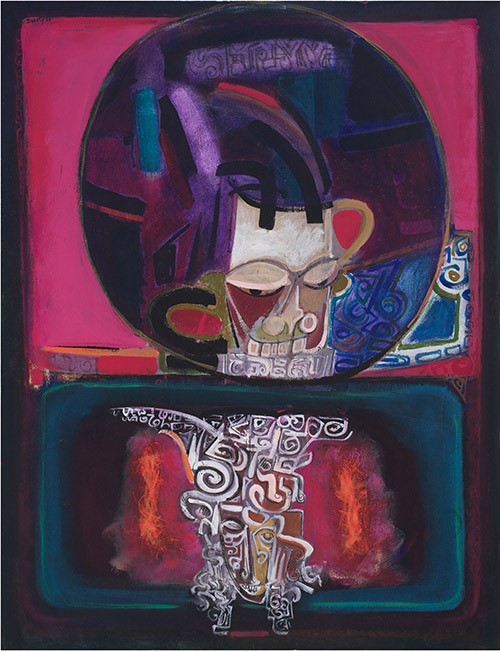 When my brother was recovering from his first round of chemo for intestinal cancer, he put on a lot of weight. He was 45 years old, six feet tall and he blimped up to almost 300 pounds.

My mother was unhappy about it. She was worried, of course, that weight gain was unhealthy but that's now how she chose to address the issue: She was distressed at his appearance--she had always been concerned about our weight gain during my brother's and my childhoods--and asked me to tell my brother that he should lose weight.  I, in wisdom gained from my own battle over pudginess as a little girl, refused to do it. My operating principle: No one who has gained a hefty amount of unwanted weight gets up in the morning, peers into a full-length mirror and says, "Dang, I look good!" (My brother may, in fact, have felt that weight gain was a sign the illness was in recession.)

I share that anecdote because it touches on an issue many of us face: What do we do when our grown kids "let themselves go" by gaining too much weight, dressing in a sloppy way, failing to groom their hair, letting a beard become unkempt or something along those lines.  It's hard to watch and the pandemic may have exasperated the issue. I have friends whose daughter and son-in-law have not cut their hair and he hasn't shaved since the 2020 quarantine set in. They live a three-hour plane ride away and when my friends fly there for a semi-annual visit, they admit it takes a lot of self-control to zip their lips and say nothing.

One reason to keep our commentary to ourselves (or to limit our whining about it to close friends) is what I realized about my brother: He was not unaware of how he looked at 50+ pounds but by calling attention to it we are not adding useful information.

Another reason: It won't do any good.  Our kids are no longer living under our roof or purview. We are not in control of their bodies, appearance, food intake or shaving habits.

But the biggest reason is this: It's bound to alienate our child. Plus, if there's an underlying cause behind the unappealing appearance, we would show a lack of empathy, support or understanding. Here's a case in point straight from the annals of Carolyn Hax:

A mother writes that her daughter has gained 40 pounds since she quit her "high-paying" job to stay home with her two elementary-age kids. The mother says she has "made some comments "about her daughter's appearance" and since then her daughter has cut way back on in-person visits and stayed offscreen when the mother zoom-chats with her grandkids.  Did she, the mother wants to know, "really screw up that bad?"

"Apparently so," Hax writes, noting that the daughter's weight gain might be a signal that she's struggling, and the mom's response is, "I'll say. You look like crap.” Beyond the chastisement, Hax adds these insights into what might be going on here.

So the first step in making amends with your daughter is a reckoning with yourself. Have you done this before — have you missed her inner struggles because you couldn't get past the surface? Have you hurt her when she needed help? Have you done it a lot, a little, just this once?

Apologizing to your daughter is still the second step, regardless — but since its quality will directly reflect the quality of your introspection, save it for when you're ready to assume the full scope of the responsibility for whatever you did wrong. Do so even if you believe she has overreacted, because .... your job right now isn't to be accurate, it's to be self-aware, humble, and sorry for real.

After giving the reader advice on how to apologize, Hax adds this kicker: Rethink your values on looks.

The Wisdom of our Children: When the balance of giving advice tips in their favor 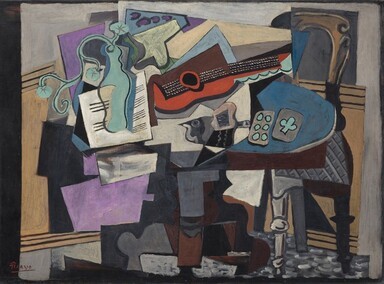 A funny thing has happened on our way to becoming older parents: We may find that our grown kids have acquired wisdom and good sense. And now, as we age into our more senior adult years, they share their gravitas with us (though some of their over-protective counsel during Covid was a bit overbearing as I posted here.) Many times, though, they become our guides to making difficult decisions.

I was reminded of this when I bumped into a friend I hadn't seen in years. Now a widow, she was telling me about her son--I had last seen him when he was a toddler--who was now a physician in charge of a major healing center at a hospital across the country.  When her husband became gravely ill and hospital-bound, my friend desperately wanted to bring him home to care for him. She was trying to figure out how to reconfigure their home to make it possible to care for him there.  When her son flew home for a visit, he assessed both his father's condition and the house and told his mother what she didn't want to hear: It couldn't be done. There was no way his father could come home and be cared for safely and comfortably.

Her son's words and advice--"Let's find a really good nursing home for dad"--helped her acknowledge the best course to take for her husband's well-being. He died within a few months, but she was able to oversee her husband's care at the nursing home and spend much of every day with him.

When we face difficult choices, we are fortunate when we can lean on our children for sound advice. At some point in our lives, the good-counsel balance shifts slightly and our children become our valued advisors. We are able to reap what we've sown.