Vacationing with Grown Children: Are their romantic partners welcome? Even if they're married to someone else? 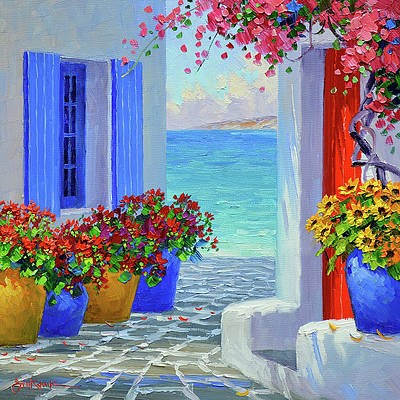 When we invite our grown children to join us on vacation--when we're footing the bulk of the bill--how much say do we have on whom our child can bring along as our guest. A long-time girlfriend or boyfriend: Most of us would say OK. A romantic interest of a few weeks: That might be a little more complicated. But what if the long-standing boyfriend or girlfriend is married to someone else?

If you're reaching for the same quick-reflex answer I had--No Way!--hold on. Philip Galanes at Social Q’s turned my head around (and introduced me to the term "polyamory.") Let me delay no further. Here's his answer to a mother who's divorced from a man who cheated on her. She has invited her daughter to join her on a trip to Greece. The daughter wants to bring her boyfriend, who is married to someone else:

I may be off-base, but I don’t think the real issue here is the cost of a trip to Greece or your ex-husband’s infidelity. This is about respecting your adult daughter’s choices. You have substituted your idea of happiness for hers. This is a common (and often well-intentioned) trap for many parents. It’s not productive, though.

Let’s put aside the trip to Greece and the specter of your cheating ex. Unlike him, people in polyamorous arrangements usually set ground rules with their partners for opening their relationship to others. (No one is cheating!) Try to understand, as best you can, what your daughter likes about this arrangement and how it satisfies her.

As a show of respect, read up on polyamory before you broach the subject with her. Then ask questions. I am not suggesting that you set aside all of your concerns — only that you try to respect your adult daughter’s decisions. In a more open-minded context, you may find that the trip to Greece resolves itself.

Posted at 12:57 PM in vacationing with grown children | Permalink | Comments (0) 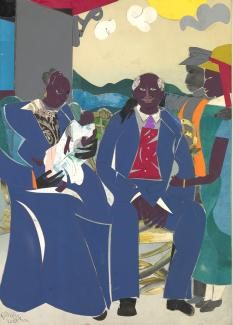 A Carolyn Hax reader raised a variation on that worry: Can social media posts reflect our relationship with our Grands vis a vis the other grandparents. Here are two Carolyn Hax anecdotes that circle around that question.

Complaint one: A daughter-in-law posts regularly on social media about her parents and what terrific grandparents they are. The posts are full of photos of the grandparents playing with their grandchild. The grandparents live in the same West Coast town as the young family does. The daughter-in-law never posts about her in-laws and how great it is of them to fly across the country to visit every few months and to take the whole family on vacation in the summer. She never posts photos of the East Coast grandparents on visits or vacations with the family.  The East Coast grandma feels under-appreciated by the lack of balance in the social media attention and resentful of the social media love showered on the other grandparents.

It may be that the daughter-in-law is more comfortable talking about her parents on social media than she is about her husband's parents. Or she's addressing friends who know her parents. Or something else totally benign. As Carolyn Hax noted, there can be a host of non-negative reasons for being ignored on social media and the East Coast grannie should free herself from worry by coming up with a benign reason for the uneven coverage. Beyond that, Hax's bottom line is this: "It's social freaking media. Ignore, ignore, ignore."

Complaint two: The other variation on this social media theme comes from a daughter-in-law who writes to Hax to complain about her mother-in-law's social media misrepresentation of her relationship with the grandchild. She frames herself as an active, involved grandmother when she is not--she wasn't before Covid made visiting difficult and once the quarantine set in, she refused zoom or other Internet visit options. On social media, the mother-in-law paints herself as a poor-me victim of the pandemic and her loss of closeness with her granddaughter. The daughter-in-law resents the general injustice of the misrepresentation.

Hax's reaction follows along the lines of her previous ignore, ignore, ignore and advises the daughter-in-law: "Stop following her on social media. It is not oxygen; you can cut it off completely, immediately and forever, and still not die."

Both of these episodes made me think of a line from Lisa Carpenter's first book, The First Time Grandmother's Journal (my blog post on her book is here)  that taps into the core of finding your footing as a grandmother. She writes of her own journey and says, "I just needed to be true to myself and define the role on my own terms, in my own way." To which I would add this update: No need to let social media do that defining for us. 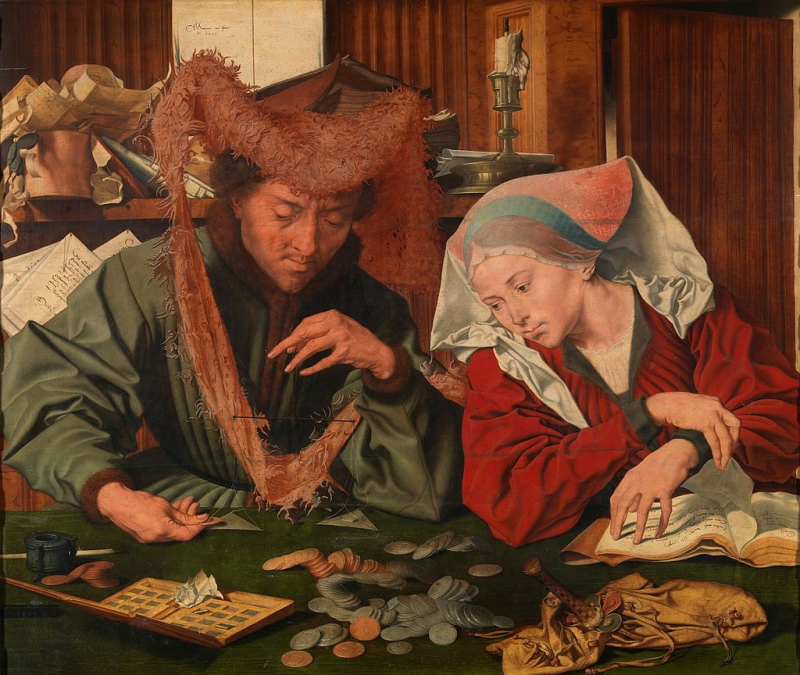 A letter to a financial expert asking for advice about an inheritance was not your usual request. The question came from a woman whose father-in-law left her 29-year-old daughter---his granddaughter--a sizeable fortune in a trust that was currently being managed by her daughter's father. When the daughter reaches 30, however, she is eligible to manage the trust herself. Few of us are in the situation of being the parent of a child who is inheriting a fortune.  And yet, though the sums of money may be significantly substantial, the issue this parent faces is one many of us worry about: Will our grown children be able to handle financial responsibilities if we're no longer around to help them. How do we prepare them?

If you're interested, you can read here the expert's advice on helping the daughter understand her financial challenges and choose an adviser to manage the money.

But the expert's advice on preparing a child to be engaged in and understand how to handle financial responsibilities applies more universally. Here are some points Quentin Fottrell, who writes as the Moneyist, makes:

Encourage them to ask questions:

Unless your daughter builds enough financial confidence to ask questions and learn about how she can invest her money, and trust her instincts and establish her own risk tolerance when it comes to investments, she is vulnerable to another person stepping in and filling your husband’s shoes, particularly when he is no longer around to help.

Trusting your daughter to make the right decisions is part of her growing up....The best you can do is to lead by example, and — I’m with you — part of that is allowing her to make her own decisions, as you and your husband have done with your own lives.

Talk things over with them:

Bottom line: You want your daughter to become an active decision maker, even if the answer is to do nothing for now; learn the basics of investing so she knows what questions to ask; and not hand her fortune over to one person to make decisions without her knowledge or understanding. It’s her money, after all.

The first step is for you both to sit down with your daughter and include her in these conversations. You will discover that you will all learn from one another.

How inclusive should we be when our kids bring home new romantic partners? 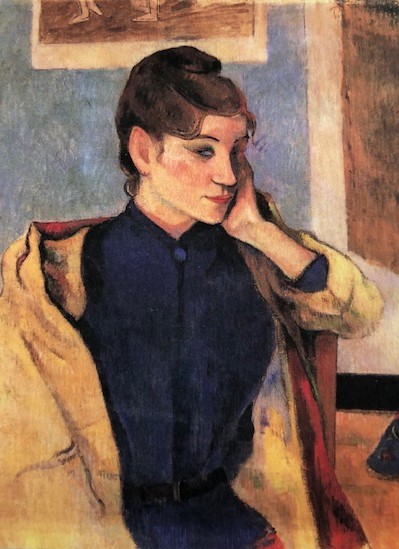 It's a tap dance we do when our kids bring a new romantic interest home. If it's for a weekend or overnight, do we assume they'll want to be in the same bedroom or sleep on the same sofa bed? (I wrote about some of those challenges here and here.)

When the relationship is new but "serious" we need to take care to neither warmly over-embrace nor coldly underplay the relationship. If we lean too far from neutral we're sending a message we may not want to--or shouldn't--send. Since we're just barely on the far side of the holidays, many of us may have grappled with this when one or more of our children brought new romantic-interest guests to our family gathering. (If so, I would love it if you would leave me a comment on how it went.)

For many of us, the issue behind the guest-bringing is whether it signifies a ratcheting up of our child's relationship and, if so, should we adjust our welcome mat accordingly. If our child has intimated that the relationship is "serious," how does that translate into family moments.

Here's a case in point: A reader who signed her question "Carol" asked Philip Galanes at Social Qs what to do about formal photographs that would be taken at a birthday celebration for Carol's father's milestone birthday. One of Carol's daughters, who's in her late-20s, was bringing her serious boyfriend of six months to the gala. Carol asks: "Should he be included in the family photos?"

As usual, Galanes puts the photo-taking issue into a larger perspective:

Consult your daughter. Tell her you want to respect her relationship, but you don’t want to put pressure on it. Then ask her how she’d like to handle family photographs, maybe including the boyfriend in some, but not others. Err on the side of inclusion, though. You don’t want to hurt her. Your relationship with her is more important than photographs.