Observation: Philip Galanes on keeping indulgent gifts to grown-up kids on the down low. 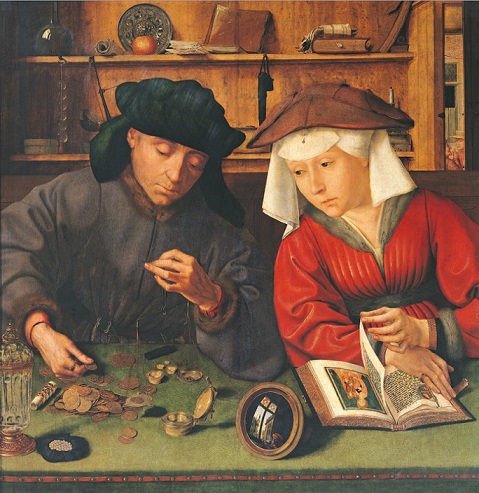 When our children were just starting their careers and in the midst of struggling to meet their rent, cell phone bill and car payments, we may have helped out--a car payment here, a refilled refrigerator there; dinner out or a new sweater in just the right color. If we could afford it, we enjoyed doing all that and maybe a little more.

But there comes a time when it's counterproductive, when it makes our grown children feel like they aren't independent adults.  In asking Philip Galanes in Social Qs what to do about parental overindulgence, a reader (a young woman in her 30s) described how it made her feel when her parents "keep buying things for me and my kids (groceries, toys, clothing) and refuse to let me pay for anything. I've told them we don't need gifts, but they ignore me. I feel awful."

Here's the advice Galanes handed out in how to deal with us--the parents who aren't giving our adult children the gift of acknowledging they are grown up and self sufficient adults.

Sit them down one quiet evening and say: “It’s largely thanks to you and your unwavering support that I’m in such good financial condition for my age. I hope you know that. And I think it’s time we put our relationship on more equal footing.”

Then, depending on your means (and inclination), buy them something you know they will appreciate: new winter coats, a gorgeous filet mignon from the butcher or a sunny weekend in Coral Gables. No need to become a spendthrift. Just try a loving gesture. It may wake them up to your well-founded gratitude and the true financial picture here.

This doesn't mean we can't pick up the check for dinner or surprise them with a beautiful sweater. It's just that it should be an occasional treat, not a habit.  And we should let them treat us occasionally too.

Our Generation's Gift to Our Daughers and Granddaughters 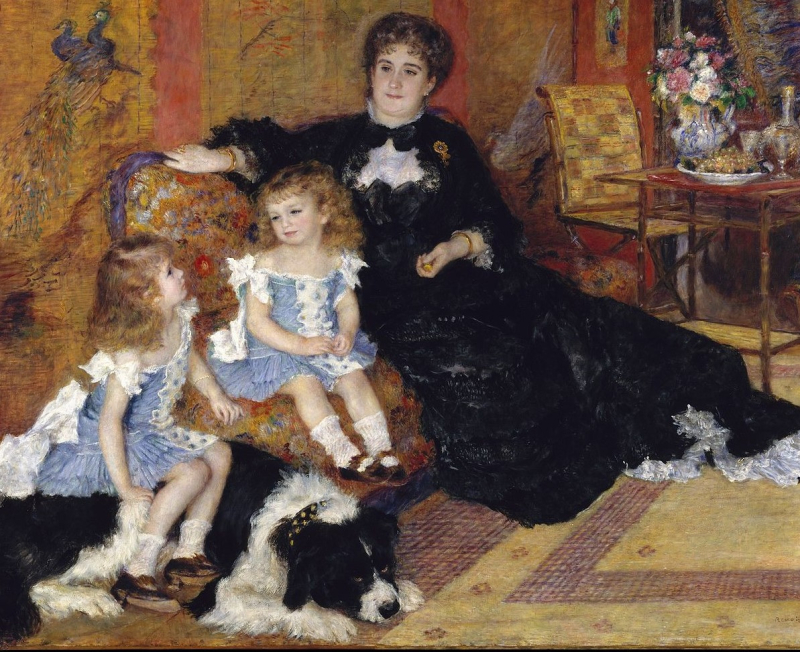 Renoir: Mother and Her Children at Metropolitan Museum of Art, New York

We came out of college ambitions ablaze. This was the 1960s and 70s. We weren't going to be our mothers. Even though the culture and our parents told us otherwise, we went out and got interesting jobs--jobs our mother's couldn't even dream of. One of my college friends got a public relations job at Lincoln Center. Another did research for a consulting firm. I was a letter's correspondent for Time Magazine, answering reader complaints about Time's coverage of the Vietnam War or its cinema reviews.

Then we married, had children and realized how easy it had been to be trailblazers when we were young and unencumbered. When, and if, we tried to go back to work, there were no supports for us--no reasonably priced day care or after-school programs, no cultural acceptance or parental encouragement.

I had coffee the other day with my friend Sue who I've known for decades. We reminisced about how it had been in the 1960s and 70s. She talked about how, when her first child was 8 months old, she decided to take a part-time job. Although her husband was supportive, her parents and his parents were not. They drove from their homes in suburban New York to her apartment in downtown Washington D.C. to dissuade her, telling her that her baby son would suffer from her "neglect," that she was being a bad mother. "I was part of a woman's support  group--we were 5 neighbors who were also stay-at-home mom," Sue recalled. "We talked through the guilt and conflicts we faced if went to work or to graduate school, and that's what saved me."  She took that part-time job, had another child and went on to start her own successful management consulting  business. Two of the women in her group became lawyers, another also started her own business.

When Sue's sons married, one of the brides was in medical school; the other, an investment banker. When her daughters-in-law had children there was, Sue says, no question they would continue their careers.

In my family, my daughter, like Sue's daughters-in-law, never questioned that, once she had my beautiful little Grand, she would take her hard-earned PhD and continue to become the professor and writer she wanted to be. My daughter-in-law took a different path: She had been a bank manager but now she loves being a stay-at-home mom to three children. She takes her work as seriously as my daughter takes hers.

READERS: What sort of experience did you have as a young mom re-entering the work world or deciding to be a stay-at-home mother. I welcome your comments here or send me an email. 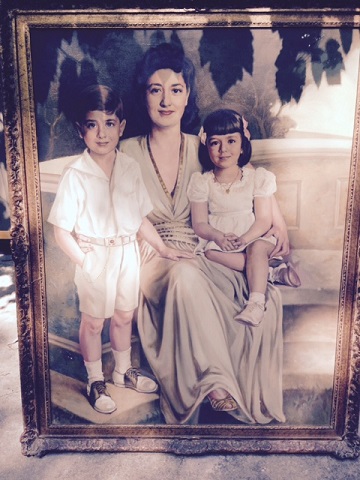