Observations: Cathy Guisewite on letting our grown daughters know how far we've come, baby--and how fragile it is.

Remember Cathy, the comic strip character that tapped into our worst vulnerabilities about our bodies, ourselves. I still shiver with the sisterhood Cathy brought whenever she freaked out about buying a bathing suit.

Cathy retired--or at least her creator, Cathy Guisewite retired her. But now Guisewite is back. Writing in the NYTimes, Cathy (the person) wants to impress on her college daughter the advances her daughter should not take for granted, the freedoms, as Guisewite puts it, "our grandmothers dreamed of, our mothers hoped for, what we earned and our girls will inherit."

With Mary Tyler Moore as her lodestar,  she wants to show her daughter "How change can happen, so she isn't afraid of everything else that's happening now. To protect her by empowering her with an example of what one voice can do."

Here is what she tells her daughter about the doors Mary Tyler Moore and her breakout TV show opened for her and millions of other women:

"...When I was 24, a young woman could either aspire to be a homemaking Betty Crocker or a militant Betty Friedan. We argued about things you can’t comprehend. Should a woman be allowed to have a job? If she got a job, should she be allowed to wear pants to the office? If she got married before 25, was she betraying the new career possibilities for which women had been fighting for a century? If she wasn’t married by 35, was she an old maid?”

When that doesn't seem to grab her daughter's attention, Cathy, waving  a DVD of Mary Tyler Moore's show, persists.

“You need to see this right now, honey, when so much of what’s been won for women feels threatened. You need to see what one, sometimes quivery, voice did to move millions. How minds and doors got opened by someone who found a way to gently, graciously shift things just enough so that people could imagine a different future. You need to know that every single one of us has the power to question everything.” 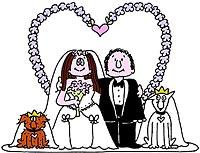 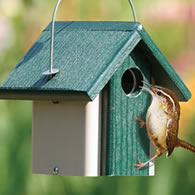