Emptying the Nest: Does father know best when it comes to career advice? 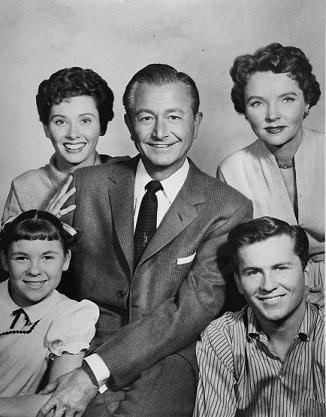 A colleague at my office is telling me about his 26-year-old son--the eldest of three. When he got out of college, he moved back home and took some "non-career" jobs while he job hunted. After a year--"not a happy time for us; adult sons should not live home" says my colleague--the son finally landed what his father calls a "suit and tie" job. Three months later, he was laid off as the company reduced its work force. Within a year, the company was out of business.

The son moved south--to a beach community where he hooked on with a beach-umbrella business where he had worked during summers past. He was, the father reports, really happy. As the beach season ended, the business owner, who moves his business to beaches around the world as seasons change, offered my friends son a permanent position. The son was delighted.

That was okay with dad--his son was independent and managing his own finances. But then a neighbor contacted the son about a job interview with a "suit and tie" company. The interview went well; the son was offered a job. But now he is telling his dad he would rather stay with the umbrella rental company, that he doesn't really like working in an office.

The dad is frustrated. He feels his son doesn't understand the implications of his decision--that he will need the benefits and structural support of an office-based business. But the son is adamant: He is much happier in his new life.

Does father know best? Do we know what will be a more satisfying career for our grown children than they do?

As this dad admits, his preference is for the suit-tie career but that may not be what works for his son. He's given him his best advice. Now he and the mom will watch it play out. If it doesn't work out, they won't say "I told you so,"--or so my colleague assures me-- but they have also made it clear, there will be no return to ye olde homestead. He's got two other sons living at home, one of whom is a young adult who has been put on notice about how long he's welcome to stay.

Emerging Adults: Detachment parenting means letting go of our great expectations for how they'll "turn out." 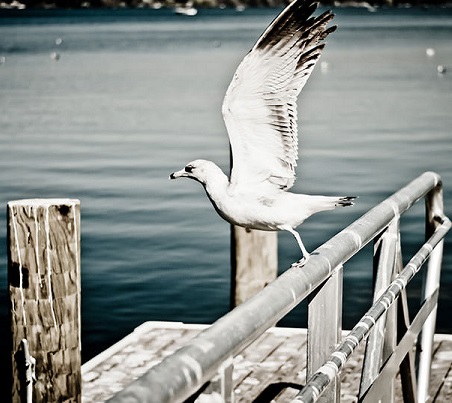 It's a new phrase for me: Detachment Parenting. It means, as I interpret it, letting go, or making our way from controlling to advisory parent. One goal, psychologist Carl Pickhardt suggests, is to do it without showing any disappointment over how our child is turning out. That is, whether they're living up to our expectations for them.

As Pickhardt noted in a column in Psychology Today on the subject, we expect a return on our parenting investment--on the sacrifices we've made for our children as they grew from infants to school kids to post-adolescents. A marker of the ROI is how they "turn out." If our son or daughter "turns out" to be   happy, healthy, and hard working, we're likely to feel we've gotten our "sacrifice's" worth. We may also tell ourselves that this came to be because of what effective--great--parents we've been.

But what if they hit their twenties--emerging adulthood years--and they're still struggling, or as Pickhardt describes the tumult of the young adult years, "to settle oneself down, to discipline freedom with purpose, to find a job with a future, to form a committed life partnership." What if they're still groping for direction or their personal definition for goals or lifestyle doesn’t live up to our expectations, hopes or ambitions for them?

We may feel let down, disappointed and frustrated. The risk at this stage of detachment parenting, Pickhardt says, is to go negative, to say things like, “Why can’t you get your life together?” or   “We didn’t raise you to flounder with your life!”

Pickhardt's point is to avoid equating how our young adult “turns out” with how well we've done our job as parents."One of the hardest tasks, he says, is to "let any remaining vestiges of this false equation go so the young person feels free to pursue her or his individual and independent way unburdened by parental performance needs."

There's a "Gestalt Prayer” by Fritz Perls in his book, “Gestalt Therapy Verbatim,” that Pickhardt quotes to end his column. I'll end my post with the same sentiment--so hard to accept but part of being the parent of an adult child:

“I do my thing and you do your thing.

I am not in this world to live up to your expectations,

And you are not in this world to live up to mine.

And if by chance we find each other, it’s beautiful.

Legacy of Support: Making sure the funds are there when, suddenly, you're not.

A lot of parents--and adults who aren't parents--swear by tough love: Once the kids are grown and flown, they're on their own. They should live within their means and not come running to the bank of mom and dad to bail them out. 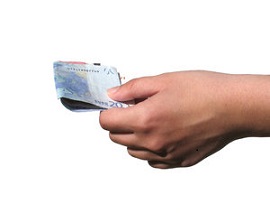 Yet, many of us find that a hard dictate to live by. We may want our college grad to get that PhD in  American history, even if it means we provide a little sustenance along the way. We may encourage our child to take that job with a non-profit that's helping register voters in poor areas of the South, even if it barely pays a living wage. Then there are life's emergencies and tragedies. A child's spouse is disabled; a grandchild becomes ill. Wouldn't we want to hold out a helping hand and, if we're no longer here to oversee the stipends and handouts, make sure there's no gap in the funding?

Not to be morbid about it, but if we want to make sure that when we die a grown child has funds immediately available for a situation we're overseeing now or for an emergency that could occur in the future, what sort of plans can we make?

One is to set up a  joint tenancy bank account now, which would be accessible to you and your grown child. When you're no longer around, it's all your son's or daughter's. That means the money is immediately available whenever it's needed even if it takes weeks or months for your estate to be settled.

But better know your child. He or she could withdraw emergency funds before there's an emergency. As one financial planner put it, "If a child is having financial difficulties to the extent that a monthly stipend is needed to keep them afloat, chances are they may lack the discipline needed to resist taking the money out of the account prematurely." One other hitch: joint accounts held in the names of the parent and child are exposed to the creditors of both. If your child has creditor problems, the joint emergency account could be levied or even claimed by the child’s creditor.

The other idea is to give the trustee or proposed executor of your estate clear and legal directions to make an immediate distribution to the child who needs support. You can fund the request by either setting up a joint account with your trustee or executor, making cash available to them or giving them a cashier’s check to pass on to your son or daughter at the time of your death.

Emptying the Nest: Blame it on dirty laundry when grown kids don't move out and on. 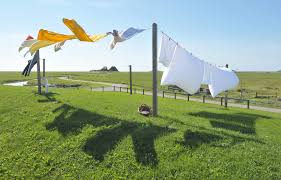 This just in from the Brits: a theory on why an increasing percent of grown kids are moving back home with mom and dad--and staying there. Evidently, a record 3.3 million young adults in Britain are still "reliant on their parents."It's not because they can't pull their lives together or find the road to financial independence. No. It's because mum and dad like having them around and don't want them to leave.

“Things can become very quiet and a little staid when children leave home," the authors of Later! A Guide to Parenting A Young Adult, say. "Parents sometimes feel truly middle-aged, and miss the energy."

Parents perpetuate this co-dependency "by giving their children things like lifts and money." They tend not to ask their children to pay rent, do their own laundry, "tidy" their bedrooms or help out with food shopping. “They’re not stupid," these British authors say. "They [the young adults] know they’re getting a good deal by living there." To say nothing of nicely stacked and folded clean clothes.

If I read these comments right, some of us may, in effect, be bribing our young adult children to live at home and keep us feeling young and fresh. Would forcing them to do their own laundry or clean up their room be the way to encourage them to take flight?

Just sharing a point of view from across the pond. With this add on from Robert Browning:

Oh to be in England
Now that April's there,
And whoever wakes in England
Sees, some morning, unaware....