The temptation was almost too much. Uber son had posted on Facebook his plans to take a trip--to be specific, to take himself and his family to Colonial WIlliamsburg, a destination that lies well beyond his home in the Northeast and just a little beyond ours in the Mid Atlantic. 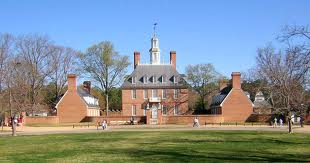 He was asking his FB friends and acquaintances for travel tips--where to eat, where to stay in Williamsburg. Paterfamilias was ready to join in. "I was going to say, 'Hey, there's free room and board at your old homestead--and the food's good, too.' Then I thought better of it."

Good for you PF. Second-thinking is just the ticket. What could be worse than horning in on a social media site read by a grownchild's friends and business acquaintances with a less-than-helpful remark--and one that borders on inducing guilt.If we've got something to say, email, phone calls or a quick text is the preferred method--unless the FB account is for family only. Then no holds are barred. Even for us.

Leaving a Legacy: Four tips for dealing with the touchy-feely side of estate planning 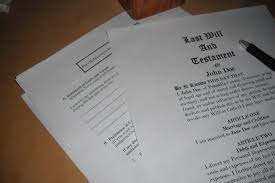 Fear not: This is not going to be about taxes, codicils, trusts or any of the other anxiety-inducing terms that go into drawing up an estate plan for the material legacy you leave your children. We're going to a higher place: the emotional concerns and in particular, those of the very rich--members of Tiger 21. That's a group of wealthy individuals that have $10 million or more to invest. They not only have to deal with the eventual apportioning of millions of dollars worth of assets to their grown children, they also have to deal with the emotional side of leaving a legacy. Just like you and me.

The New York Times recently reported on a meeting for members of the elite group. The conference was entitled, dully enough, “Successful Multigenerational Families.” What I learned from the out-takes from that conference is that, when it comes to the emotional side of sharing our material wealth with our children, the rich struggle with many of the issues that bother us as well: how-much-is-too-much for our children to expect, how soon-is-too-soon to share it with them, and how to divvy it up among children, some of whom are financial super-successes and others who are not.

Here are some of the Tiger 21 tips about dealing with these legacy issues:

1. Rely on a simple plan: Too many families focus on tax savings and investment choices and end up with an overly complicated last will and testament that is a challenge to their heirs as well as the lawyers. There are lots of decisions you can leave to them. They are grown-ups.

2. Don't wait too long to share the wealth: If you have a nest egg that's big enough to cover more than your retirement needs, build into your overall estate plan a way to prefund your children’s inheritance so they don’t have to wait until you die to inherit money or other useful assets. Said one expert: “I think it’s wrong for a child to wait until their 60s to inherit. By that point they don’t need it.”

3. Split it evenly: Leave your material wealth split 50-50 (or whatever the fraction is for more than two children) among your grown children, even if one child is a schoolteacher and the other a hedge fund manager. If you want to tilt the material goods toward the child who needs it, have a clear understanding up front and get buy-in from your children. Without that, one expert said, "you’re going to tear a family apart. No matter how much a family has, if it’s not equal there is resentment.”

4. Be inclusive: Bring your grown children into the planning and understanding of what's involved. Hold family meetings, even if it's just to talk over who might want the Russian tea samovar that sits in the dining room and who is fond of the painting over the fireplace.

Posted at 06:32 AM in adult children, grown children, leaving a legacy | Permalink | Comments (0)

The power-career parents among us--famous politicians and actresses--don't just feel that empty-feeling when their kids leave home; they also temper their career moves around their coming-of-age children. Like us, they do not take empty nesting lightly. At least that's what struck me when I read a Q and A conversation between a New York Times columnist (my personal fave, Philip Galanes) and two famous moms: Julia Louis-Dreyfus [Elaine on Seinfeld, the Vice Prez on Veep] and Nancy Pelosi [the first woman to be speaker of the House). 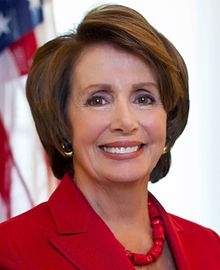 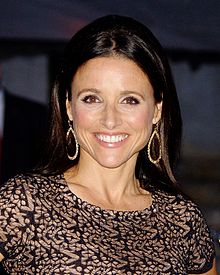 In that conversation, Pelosi talks about having five children in six years and waiting to run for Congress until her youngest was in high school. When asked about "pangs of sadness that four of your five kids had flown the coop" when she finally ran, Pelosi said:

NP: I have a very specific answer: Three of my children were at Georgetown when I went to Washington.

JLD: So, that’s why you ran for Congress!

NP: I could never have done it otherwise. I could never have left home. But when they went away to college, they basically said: “Mother, you’re in Congress; we’re in college. Why don’t you forget we’re in the same city?” They didn’t want me, but I was still hoping to see them.

NP: When I first ran for Congress, I went to my daughter Alexandra, who was going to be a senior in high school, and said: “I have a chance to run. I may not win, but I’d be gone three nights a week. So, if you want me to stay, I’ll be happy to.” And do you know what she said to me? “Mother, get a life!”

As to Julila Louis-Dreyfus, Galanes asked her if having her oldest child leave for college was "as hard in real life as you made it look in the movie “Enough Said”?

PG: When your character in that film takes her daughter to the airport, the sniffles echoed through the theater.

JLD: It was a momentous occasion in our family when our eldest left for college. We were intellectually prepared for it, but not emotionally. It was a big whack to the brain. And by the way, he’s graduating in May.

NP: It goes by fast.

JLD: As parents, we don’t completely understand that we are raising these creatures to leave us. They have to. But you don’t get that until it happens.

Emerging Adults: Five quick tips for their transition from college to career

"The transition from college to adult life is treacherous, and this is nowhere more visible than among new college graduates in their first real jobs." Thus spake Charles Murray, the controversial social historian. A few years ago, he reports in a Wall Street Journal column, he took it upon himself to start writing tips for the young staff where he works about how to avoid doing things that would make their supervisors write them off. As he points out, at senior levels of an organization there are curmudgeons everywhere, judging a young worker's every move. It is their good opinion--not those of their peers--that newly employed college grads need to win if they hope to get ahead.

Murray's WSJ column was, in effect, touting his new book ["The Curmudgeon's Guide to Getting Ahead: Dos and Don'ts of Right Behavior, Tough Thinking, Clear Writing, and Living a Good Life,"] that's more about his take on how to live a good life (marry young; take religion seriously). His curmudgeonly pointers on demeanor for workplace success--also included in the book--are worth passing along to where the shoe might pinch.