Their Wedding Plans: How much say do we have over the guest list? 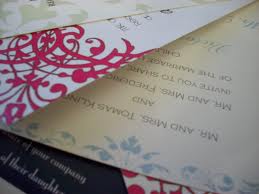 I love Miss Manners--her delicious wit and snarky asides that stay just this side of mannerly. Mostly, though, I feel the etiquette expert is on our side. In her everyday life as Judith Martin, she is, after all, the parent of grown children.

One of her recent brief but pertinent sallies addresses the issue of a grown child's wedding: How much control do we have over the celebratory reception, given that we may be footing the bill? The question put by the parent goes directly to the point: "If I am paying for my daughter's wedding, do I have input on the guest list?"

Miss Manners replies: "That privilege is not for sale, as Miss Manners gathers you seem to believe. However, it does come free with the position of being your daughter's parent."

I believe that says it all in terms of how much pressure we are allowed to exert on the number of aunts, uncles and cousins (by the dozens) we insist be invited to attend. Caveat parenter.

The Complaint List: We may think we're being "nice;" our grown kids may find it smothering.

Uh Oh. Here it comes again. Read any "advice" column and you come across the usual litany of complaints about us by our daughters-in-law or sons-in-law: We're too critical, judgmental, intrusive. We want them to run their households our way. We use money to control their vacations and other comings and goings. Some of us have made adjustments when we've recognized an untoward behavior but otherwise, when we read the columns, we just stew over the unfair picture of mothers-in-law and fathers-in-law.

This time, Carolyn Hax works a compliment from a reader about her mother-in-law into what it really is: a complaint about smother love. It's hard not to take it to heart.

Her in laws, a woman writes, "are too nice." Case in point: when her husband [the son] and and son [the grandchild] visit the mother/grandmother, she sends back "gifts." Unfortunately, they are usually "foods we're trying to avoid." Worse, each of the gifts "requires a special phone call of thanks." The in-laws also want phone calls anytime the family travels long distances or in bad weather. "They keep track of our kids' doctors' appointments so they can ask how everything went." What this Hax correspondent wants to know is whether there's a polite way "to get them to back off, just a little. We love them and appreciate that they are always there for us, but it's just too much of an emotional burden to handle their anxieties about our everyday life."

So what does Carolyn have to say about too much niceness? It is, she writes, a variation of smother love.  "You describe a mother-in-law who is manipulative, controlling, insecure and boundary-challenged." Hax then asks whether the husband is "as uncomfortable with this as you are? Is he ready to set some limits, or has he too bought into the “nice” canard? I suspect you’d both benefit from reading on boundaries and emotional manipulation. Don’t tune me out: The best read on this topic is “The Gift of Fear” by Gavin de Becker. It will seem like a loopy recommendation for “just” a fussy mom, but it’s actually square on point."

Having suffered through a non-smothering but manipulative mother, I'm heading for the Gavin de Becker. Better late than never. Besides, I want to make sure I don't see myself in it--that all the "niceness" I like to confer on my children is above suspicion, that it is not turning me into a secret smother-mother or mother-in-law. I will report back on what I learn. Stay tuned.

Those of us at the older end of the baby boom have our frustrations with social media. You can hear our voices when you browse through Ask Ann or Carolyn Hax columns. We raise a litany of complaints about how our grown kids or grand kids are lost in their digital devices, using Facebook or Twitter or Instagram or whatever to express the most personal of emotions. (One constant annoyance raised by an army of letter writers: using email or a text message to thank us for a gift when, top our way of thinking, that should be done by pen-written word on a lovely sheet of writing paper. Dream On.)

We may find it astonishing when they share deeply personal losses with their followers or friends on various social media. The etiquette answers aren't all settled yet--and are unlikely to be settled in our favor. That's why I found this post on a blog by Nathan Bransford, a writer and former book agent [and soneone's grown child], helpful in putting things in perspective.

"Social media is a strange medium. You are staring at a computer or a mobile device when you post and tweet. By its very nature you are not engaging with another human. You are sending messages to an unknown number of recipients you can vaguely imagine but can't really identify.

The result of that communication can alternately feel like shouting into a quiet forest or a very loud, crowded room. And yet, because it's so public and so immediate, there are moments when tweets and Facebook posts can feel shockingly intimate.

The latter kind was on display when an NPR host live-tweeted his mother's death.

I've remarked in a recent interview about how pleasantly moved I was by the outpouring of support after I announced my divorce. It didn't strike me as false or trivialized by the medium. It was real, even though it was coming through a computer.

Whatever it is, this is a completely new medium for experiencing life, one that is both distant and immediate, public and intimate, and mechanical and human."

Leaving a Legacy: Who gets to control your life's story? 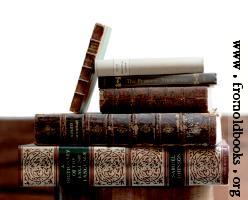 Years ago when my son was in high school, he decided to interview my mother and tape-record her story. He wanted to know more about how she arrived in this country, how she met her husband, what life was like in "the old days."

It's not an atypical quest. Kids get interested in their grandparents' lives, especially if those grandparents emigrated to this country and had to adjust to a whole new way of life. I was reminded of this when a friend told me about her grandson's decision to tape-record his grandfather's life. The grandfather--Joe--was born in Russia but grew up in Shanghai when his parents moved there. He left to go to college in the U.S. While he was in the U.S., there was tremendous upheaval in China. He was stuck in the U.S. with no money, no one to pay his tuition and a better command of Chinese, Russian and French than of English. How he managed to survive, prosper and have a brilliant career as an economist--one who spent several years living in Paris, London and other glamorous world capitals--was the tale the grandson wanted to record.

The grandson, who lives in a city several hundred miles to the south of Joe and my friend, came up north for two weeks this summer to interview his grandfather. He stayed with his grandparents--which had its ups and downs but mostly was a positive and bonding experience. All went well until he showed Joe the typed up pages--"selected parts" of a very long transcript.

Joe took issue with many details--"I didn't say that," he would claim, demanding to to see a full transcript, which would have cost several thousand dollars to produce. (My friend priced it: $90 an hour to transcribe two weeks worth of interviews.) The grandson had kept an index of "events" as he interviewed his grandfather so he knew which parts he could skip and where he wanted to concentrate his transcription efforts.

The project had been for a class at school; the grandson handed in his interview and got credit for a job well done. But my friend worries that this legacy-writing project will drive a wedge between grandfather and grandson. The grandson--a college student--says he plans to write a book about Joe and my friend says that is what worries her husband: Someone else will spin the narrative of his life. He would rather it be he who writes it but, as my friend points out, he's an economist who is not particularly blessed with narrative skills.

She is relieved that so far there has been no damage to the grandparent-grandson relationship. Now that the arguments over the interview transcripts have been ironed out, there's some hope that at least the book will be accurate. The grandson may turn Joe's life into a compelling book, but at least it will be based on lengthy interviews that Joe has had a chance to read and correct.